The female sex hormones are not only important for reproduction, but a whole spectrum of physiological processes!

These two hormones are important for bone health, brain function, cardiovascular health, thermoregulation, muscle function and the list goes on.

Can you see how these hormones many influence your health and performance?

Think about it… You only get ~12 chances a year to make these important hormones.

That’s why it is a good idea to keep track of your menstrual cycle!

The female sex hormones are constantly fluctuating throughout a menstrual cycle. Therefore, a female’s body can be in variably different physiological and psychological states between days.

Ovulation is a physiological process that occurs at the end of the Follicular phase, signifying the start of the Luteal phase. Ovulation is how you make your hormones, particularly progesterone. So, if a cycle is disrupted, so too is the positive work that these hormones do for your body. For example, if you stopped ovulating across several months, your bones may stop remodelling. Just like if you stopped going to the gym, your muscles would stop growing. One influences the other.

When you have your period the female sex hormones are low in concentration, which is described as the early follicular phase. Oestrogen gradually rises, and peaks during the late Follicular phase. During this time, the ovaries prepare to release an egg.

Ovulation is when an egg is released from one of the ovaries. Ovulation occurs due to the change in hormonal concentrations at this point in the menstrual cycle (oestrogen and luteinizing hormone). Think of hormones like traffic lights, signalling the body to stop or go with the next phase.

When the egg is released, there is a structure left in the ovary called the Corpus Luteum. This structure produces progesterone and small amounts of oestrogen, so ovulation is key to making hormones and is an extremely important event in the menstrual cycle!

During the Luteal phase there is a rise in progesterone and a secondary rise in oestrogen concentrations. These hormones peak during the mid-luteal phase and proceed to decline during the late-luteal phase. This drop in hormones trigger the uterus to contract and menstruation begins. This menstrual cycle has now ended and flows back into the Follicular phase for day one of a new menstrual cycle. 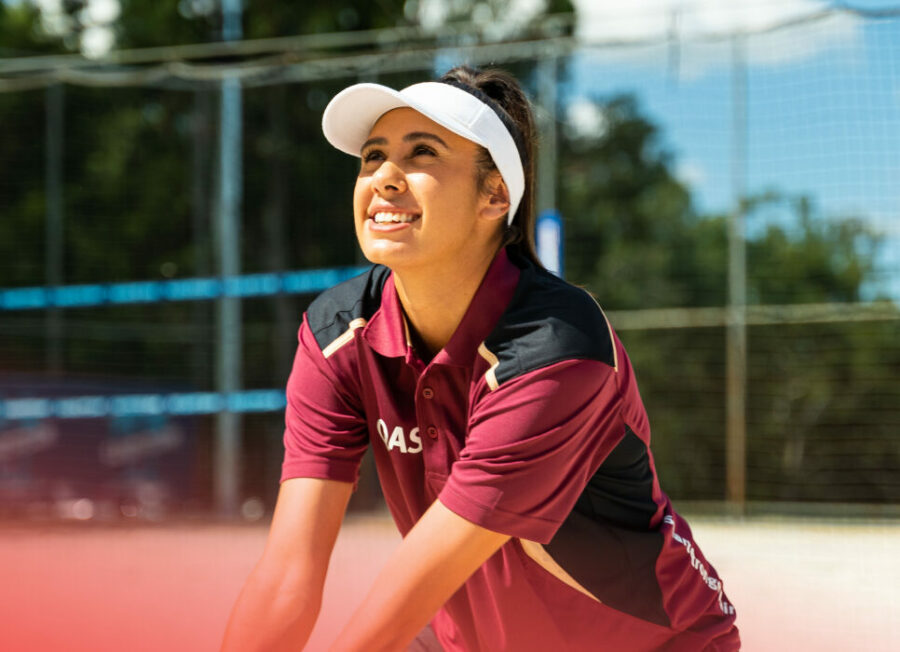 'Common' does not mean 'normal'

It is important to understand how a normal, healthy menstrual cycle presents so that you can identify when you or your athlete may need to seek professional advice.

So, what is normal?

Note: It is normal to experience heavier periods when you are young, i.e. the first few years after menarche.

Here’s an idea! Print out this “What is normal” infographic for your bedroom or sporting club change rooms.

‘Pain around your period is common, but that does not always mean it is normal’.

Q. Does your period pain prevent you from training or competing at your best?

Normal period pain  = light cramping in your lower pelvis or back. It should only occur for a couple days during your period or just before bleeding starts.

Not normal period pain = severe stabbing, burning, throbbing pain. Pain that lasts for weeks. Pain that stops you from performing daily activities. Does not become (at least) tolerable with pain medication.

The severity of pain can give you some useful hints about your menstrual cycle health. If you experience severe period pain that prevents you from performing daily activities then it is time to talk to a doctor.

Check your knowledge! Complete these 15 min modules created by the AIS Female Performance and Health Initiative:

Have the self-knowledge to understand and observe changes in your body across your menstrual cycles.

Your menstrual cycle is a free in-built monitoring tool (like a report card for your health).

Harness the power of your own body by tracking your menstrual cycle (e.g., cycle length, regularity, symptoms and so on).

It is not only useful to have visible data for yourself to recognise patterns, but also to share with any health practitioners that you may work with in the future.

If you notice any irregularities in your menstrual cycle think about why it could be happening. If it persists, seek out answers from health practitioners. You may need more than one opinion!

Be mindful that you do not have a natural period, but rather a withdrawal bleed while using hormonal contraception. This means that you no you longer have your ‘monthly report card’ (i.e., period) to inform you about your health. This is particularly important to remember in endurance sports where Relative Energy Deficiency in Sport is common.

Nutrition is a key player.

Nutrition can influence your menstrual cycle so be mindful of your diet, particularly inflammatory foods if you experience painful cramps.

It’s not you, it’s your physiology.

Understand that there are changes in mood, appetite, and physical appearance throughout your menstrual cycle. By understanding these you can start to work with your body not against it. This will help you plan and prepare for training and competition.

Where to learn more

The AIS Female Performance and Health Initiative was established in 2019 and is a leading resource in Australia for female athlete related information and education.

The resource is designed for coaches, parents, athletes and support staff, so click on the link below to have a browse!

We want talent. We want passion. We want commitment.

If this sounds like you, we want to hear from you.

Ready to apply? Already signed up?

© The State of Queensland 2022
Queensland Government